There are great parks within walking distance of every home, world-renown destinations and enchanting secret spaces, and more underrated restaurants, independent book stores and stunning views per capita than just about any big city.

We’ve chosen 15 distinctly San Francisco ideas for a first date, leaning on less obvious destinations. So no to Giants games, Ferris wheels and the Castro Theatre. Yes to spaces where there’s room to walk and talk, discover the city and enjoy a good deal. (Five of our first dates are free, and one costs $2.50.)

The oldest museum in Golden Gate Park is also one of the most transportive and reliably joyful places in the city. The wood-and-glass building at 100 John F. Kennedy Dr. opened in 1878 and hasn’t changed much since, with aquatic plants, a cloud forest, orchids, special exhibits and quiet pathways.
Best time to go is when the dahlia garden is blooming in summer. (It’s outdoors and free for everyone. The museum is free for San Francisco residents with ID, and $3 to $13 for everyone else.) The worst time to go is the rare and random corpse flower appearance (both for the large crowds and the overwhelming stench). If the date is going well, head over to the San Francisco Botanical Garden or ride the world’s most controversial Ferris wheel.
The Vogue Theatre has heavy first date charm.

The Presidio Heights cinema at 3290 Sacramento St. is the city’s smallest single-screen theater at 222 seats, in a neighborhood that seems immune to the passage of time — especially when the fog is rolling in. The Vogue’s programmers lean into the vibes, always scheduling a few classics along with the first-run films and cult favorites.

Alta Plaza Park and the Lyon Street Steps are both within a short stroll and Garibaldi’s restaurant and Cafe Luna are less than a block away.

There are some transit lines so beautiful and romantic, that they work as both a commute and a pleasure cruise.

The 43 Masonic is the premiere example and the most scenic Muni line — traveling from McLaren Park to the Presidio (including its new detour to Presidio Tunnel Tops), with endless A+ stops in between.
The route touches the hiking entry to Mt. Davidson, is walking distance to Glen Canyon and Twin Peaks, touches 9th and Irving in the Sunset, then passes through the Panhandle, Presidio Heights (a block from the Vogue Theatre) and Presidio, before ending at Fort Mason.

Hop on and off while touring unlimited combinations of San Francisco awesomeness. Hard to believe this ride costs just $2.50.

It takes a little planning, but one of the best-kept secrets in Golden Gate Park is the San Francisco Lawn Bowling Club located near Robin Williams Meadow, where enthusiastic members offer free lessons with an appointment — and get especially excited when young people show interest.

The oldest municipal lawn bowling club in the U.S. keeps it old school; the sport has similarities to bocce ball, but there’s added strategy as the Milk Dud-shaped balls take banana-shaped paths on the immaculate lawns.

Lawn bowling is affordable, the club and its members are lovely and it’s way more romantic than cornhole.

There is no better bar lighting in the Bay Area than at the Royal Cuckoo, a bar and organ lounge at 3202 Mission St. that combines church pews, taxidermy animals, vinyl records and live music into one perfect San Francisco experience.
It’s a family business that includes Lavay Smith, a local jazz singing legend who often plays on Sunday nights. And it’s the perfect stopping point if you’re on a first date Mission District pupusa tour. (See below.)

Millions of words have been written about the best burrito in San Francisco.

But we’ll argue that the pupusa — a Central American griddle cake that can be filled with cheese, pork, zucchini and other delicious things — is the better first date food. Less of a mess, memorably delicious and you can eat them as a meal or a shared snack.

We’re advocating a pupusa tour of Mission Street (a progressive pupusa party?) starting at Panchita’s Pupuseria at 3091 16th St. near BART, next stop is Balompie at 3349 18th St., then work up a fresh appetite by heading toward La Lengua — where A+ pupuserias south of Cesar Chavez include Los Panchos at 3206 Mission St. and Nena’s Restaurant at 3459 Mission St.
(Pupusa tour works in the Excelsior District as well. Pupuseria Metapan at 4769 Mission St. is our starting spot.)

Subpar in Ghirardelli Square is an equal blend of tourism, entertainment and art, with local makers and artists building Bay Area-themed miniature golf holes, from more obvious selections like the Golden Gate Bridge and a twisty Lombard Street to local favorites such as the San Francisco Bay Ferry and Castro Theatre.

(The Alameda location, returning soon after a move, had a taco truck hole.)

We’re enthusiastic about first dates in tourist spots, especially on days when the crowds are light. Nearby Irish coffee landmark Buena Vista cafe, Musee Mecanique in Fisherman’s Wharf and the sea lions at Pier 39 are all a short walk away.

McLaren Park gets about 1/100th the publicity of Golden Gate Park, but it has almost as many good hiking trails, much better views and often better weather.

The Philosopher’s Way, a 2.7-mile path around the perimeter of McLaren Park, sharing poetry, history and images on 62 black granite stones that mark the way.
Start at the trailhead near the Overlook Parking lot, where Visitacion Avenue meets Mansell Street. McLaren Park water tower on the Southwest corner of the park has one of the best views in the city — and is a short walk to Mission Street in the Excelsior for even more pupusas! (We already told you where to go.)
Every date is enhanced by a visit to a neighborhood independent book store, but Green Apple Books at 506 Clement St. in the Richmond District is the best first date bookstore in history. It’s built like a labyrinth, and feels like getting lost in a corn maze full of new and used novels, coffee table tomes and more specific interests. (There’s an entire room on philosophy.)
Enjoy the bounty of good food nearby, from Schubert’s Bakery to Burma Superstar to Good Luck Dim Sum to Cinderella Bakery & Cafe. End the night like so many great dates, enjoying dessert at Toy Boat by Jane at 5th and Clement.

This boutique museum adjacent to the main parade lawn in the Presidio has been an underrated gem since it was founded in 2009 by Walt Disney’s daughter Diane. The museum covers Disney’s life from his work as a Red Cross ambulance driver to Oswald the Lucky Rabbit (Mickey Mouse’s precursor) to the Disneyland amusement park.

While it’s a tough slog for small children, the museum includes a lot of filmmaking history that keeps it interesting for the casual Disney fan.

Parking is plentiful and there are dozens of places for the date to continue, including nearby Presidio Bowl (an original bowling alley on the Army base, and another great first date spot), the new Tunnel Tops and Battery Bluff parks and the Colibri Mexican Bistro adjacent to the Officer’s Club.

Mozart and an expensive restaurant in Hayes Valley is fine for an anniversary. But for the first date we’re recommending a San Francisco Symphony live score matinee, coupled with a banh mi in the Tenderloin.
First the Symphony, which screens classic movies combined with musicians playing live classical scores. “The Goonies” is up next on Saturday and Sunday Aug. 6-7 (Sunday is the matinee) with “Star Wars,” “The Godfather,” “Jurassic Park” and “Black Panther” later in the 2022-2023 series.
There are many good Vietnamese places near Davies Symphony Hall for a lunch or very early dinner but we’re shouting out Saigon Sandwich at 560 Larkin St. for its speed, deliciousness and proximity to Emperor Norton’s BoozeLand.

Whether it’s the roller skating, the heavy doses of danceable music or the creative use of real estate, the Church of 8 Wheels indoor roller rink at 554 Fillmore St. in the Lower Haight is a San Francisco original.
Started by longtime Golden Gate Park roller skater and activist David Miles Jr. in the former Sacred Heart Church, the rink goes overboard with the lights (including on the rental skates!) and music to the point where it’s hard not to have a good time.

If your thighs aren’t throbbing too hard from the workout, Alamo Square and Buena Vista Park are both a short walk away.

The 16th Avenue tiled steps are a beautiful example of mosaic art, telling the story of the universe with sea life and celestial bodies built into the steps by artists Aileen Barr and Collette Crutcher. But the best view is when the sun is setting, and you look out at the Pacific Ocean.
We recommend grabbing a hoagie from Palm City Wines, hiking both the tiled steps and nearby Grandview Park steps, and timing it all to the sunset. You’ve combined exercise, romance and delicious food — and knocked two of our “32 things to do in S.F. …” off the list.

We hesitate to leave the mainland on a first date. If it doesn’t go well, that slow ferry trip back from Angel Island will be a very long ride home.

But with Angel Island at least you’ll have some incredible vistas — from the Ferry Building departure point, on the boat and then on the island, which takes 30-45 minutes to circle on bikes and a couple hours by foot. Angel Island arguably provides the best combination of beauty and history in the Bay Area, if you’re game for an extended first date.
Once you’re back, head to Gott’s Roadside for a burger and the music of Marc Coleman.

Created by a diverse group of outdoors-loving San Franciscans, the Crosstown Trail is a walk from Candlestick Point to Lands End with countless underappreciated gems along the way — including the Forest Hill Muni Station, Visitacion Valley Greenway and Lobos Creek Valley Trail. Even native San Franciscans will discover something new.
Start your journey at the easy-to-navigate Crosstown Trail site. 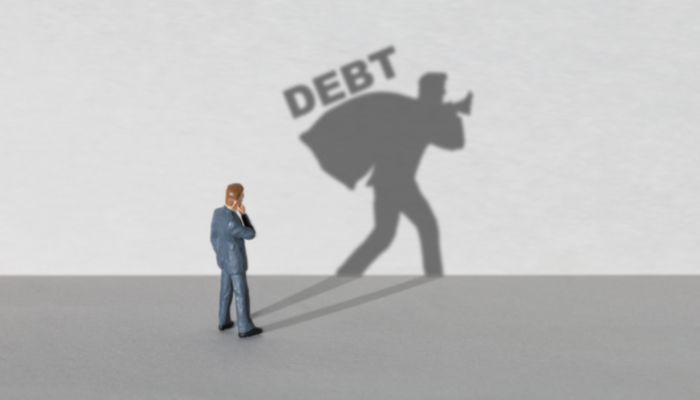